As a freelance journalist, writer, editor and presenter, I have enjoyed many years meeting and interviewing fascinating people, and visiting wonderful locations worldwide.

I regularly conduct on-stage interviews with authors and personalities at festivals and events, and co-host a monthly on air book club with Lesley Dolphin at BBC Radio Suffolk.

Details of my events, book reviews and recommendations can be found on my website moreaboutbooks.com and all the latest information is available in my weekly e-newsletter. Sign up here. 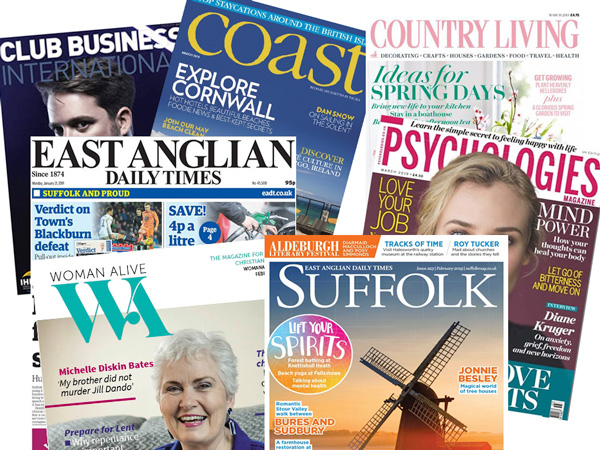 As a journalist I contribute lifestyle features and profiles for regional and national newspapers and magazines. As the former editor of the leading business journal for the fitness industry in Europe, I continue to write about the market for a US publication. 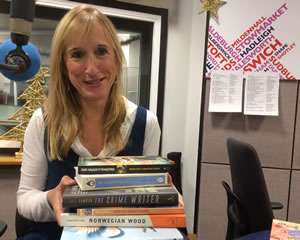 Each month I co-host an on-air book club on BBC Radio Suffolk with Lesley Dolphin, and am regularly invited to contribute comments and features about books, reading and authors across the station. 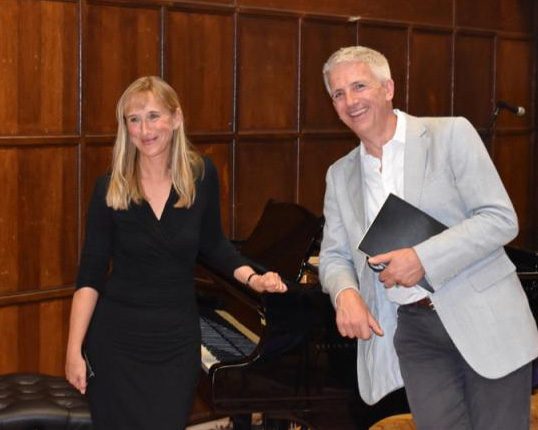 A Queston of Time
Andrew Marr is best known as a political journalist in print, TV and radio but his vibrant, abstract paintings bring him to Suffolk this month

Expect the unexpected
Ryan Gander is one of the most original artists of his generation, producing an eclectic array of work, mainly from his Suffolk studio.

Brought to book, the galloping librarians
Bestselling author JoJo Moyes has been on a 'Star' trek out west to reimagine the heroines of her latest novel.

Written in the stars
Lucinda Riley is nearing completion of her epic Seven Sisters series. But first, she had to squeeze in a story inspired by a visit to Southwold.

The global situation and news of recent events make the usual new year greeting sound rather hollow. We live in troubling times.

It is all the more reason, perhaps, that we should turn to books as an opportunity for escape and enlightenment, entertainment and education.

I hope you'll join me in the coming months as we unpack what we're reading through book group discussions and on BBC Radio Suffolk book club.

I'll be bringing various authors and publishers to the area and we'll be able to ask them for their insight, understanding and perspective on numerous topics and themes.

And I also plan to make a recommendation each week (or perhaps one a month, I'll see how we go!) for an inspirational and informative non-fiction title which has certainly set me thinking and I hope will prove helpful to you too. This week it's 'Hello World' by Hannah Fry revealing the increasing impact of algorithms on all our lives.